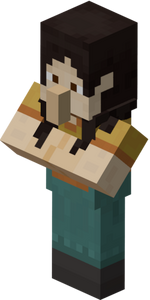 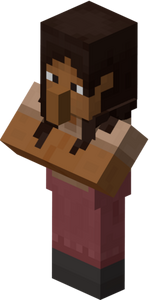 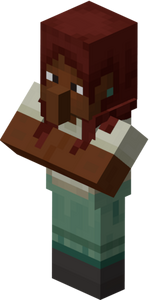 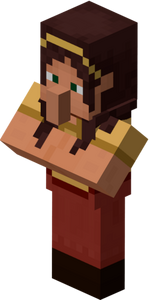 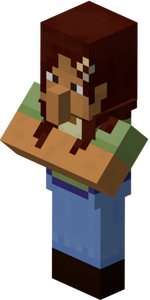 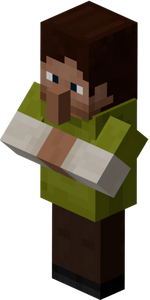 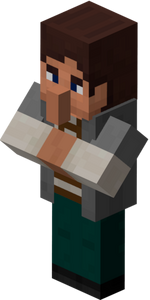 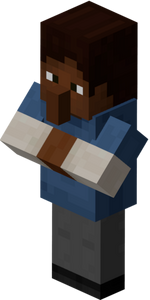 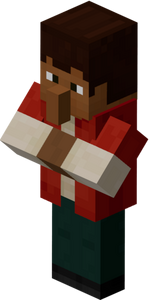 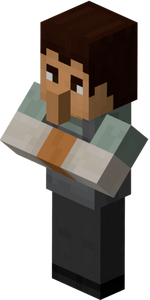 Non Player Characters (abbreviated as NPCs) are both passive and interactive mobs that have model similar to villagers. They are exclusive to the Education Edition[1] and Bedrock Edition.

Unlike other entities, NPCs don't spawn naturally, they can only be spawned using the NPC spawn egg. When spawned, NPCs will display a name hovering over their head and defaults to §eNPC.

NPC는 AI가 없다. They can neither move nor be pushed by other entities. They also cannot take damage nor be affected by potions. Nevertheless, the NPCs can still turn their body and stare at the nearest player if close enough. The NPCs can be pushed by sticky pistons from below or sides with a slime block attached and they can slide on ice when pushed.

NPCs are invincible, meaning that projectiles will go through their body.

The name of an NPC can be entered in the top text pane titled "Name". The text limit for the name is 32, and the color can be changed by using the color codes.

The dialog box located right below the "Name" and often used as a tool for guiding. The text limit for the dialog is 256, although in some cases it appears as 337.

NPCs appearance are selectable, to change the skin simply just by left clicking on the preferred skin.
There are currently 20 skins available for the NPCs and defaults to the yellow-robed NPC.

The advanced NPC settings consists of URL and commands. They are used to create interactive buttons. The current maximum advanced settings that can be added is 6.