Minecraft: The Story of Mojang

Επεξεργασία
watch 01:25
Jurassic World: Dominion Dominates Fandom Wikis - The Loop
Do you like this video?
Play Sound
Minecraft: The Story of Mojang 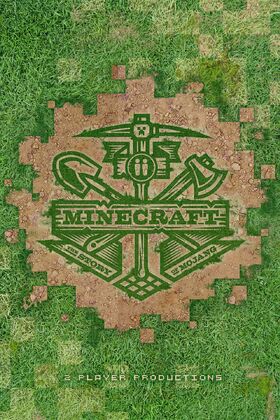 Minecraft: The Story of Mojang is a 2012 documentary created by 2 Player Productions about the history and development of Mojang AB. It was directed by Paul Owens and produced by Paul Levering, Peter De Bourcier and Burnie Burns, with additional funding given through a Kickstarter campaign. The movie was announced on February 21, 2011, was streamed on Xbox Live on December 22, 2012, and publicly released on other platforms, including The Pirate Bay, the next day.[1]

The documentary follows Minecraft developer Mojang through the development process of the game.[2] The film also features insights from many people in the video gaming industry to discuss the popularity influence of Minecraft.[2] Interviews from Persson and other Mojang employees give an insight on creation and expansion of the studio.[2]

2 Player Productions accepted pledges from people over the web through a service called Kickstarter. These pledges were the money that 2 Player Productions used to fund the movie. 2 Player Productions stopped accepting pledges on Saturday Mar 26, 2:49am EDT. In the end, they got exactly $210,297, more than 140% of the $150,000 goal. There were only 3,631 backers, meaning that the average pledge was around $58. All backers earned rewards. The type of reward corresponded with the amount of money pledged (pledging more money meant getting a bigger reward). On March 9, 2011, 2 Player Production reached their goal by exceeding $150,000. The day after, some people unbacked, meaning they get their money back and the total amount of money earned dropped to $145,000. After that, the amount gradually grew, taking a leap on the last day, when last minute backers pledged. 2 Player Productions posted a long backer-only update thanking everyone. Minecraft: The Story of Mojang was the 3rd most pledged project in Kickstarter at one point.[citation needed]