Επεξεργασία
This article is a stub.
Please help us by expanding it.
Martin Odhelius 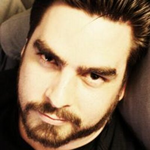 Martin Odhelius is a web developer working at Mojang AB since January 2013.[7]

Odhelius is a graduate of the Royal Institute of Technology in mechanical engineering. He began his career at Lund University working as a developer from May 2000 to October 2000. Later at Dotify from October 2000 to December 2004, then at Creuna from February 2005 to December 2012.[8]