This page contains content that is no longer in the game.
These features only exist in outdated versions of Minecraft.

Indev (or In Development) was an older test version of Minecraft's Survival mode, which succeeded Survival Test in Classic Mode. Indev was phased out in favor of Infdev after infinite maps were to be added into the game.

Indev was initially released on December 23, 2009 after Notch received requests to let the community try out new features he was implementing. Indev version 0.31 was put to the public at minecraft.net/indev and available only to people who had purchased the game. New features currently contained a more complex and realistic lighting scheme than Classic mode's and support for MD3 mob models, demonstrated by Rana. Indev received 29 updates after this, gaining a few fundamental features to Minecraft as it went, which are listed below. During its lifespan, some updates were devoted mostly for testing new things, like torches or fire. As it progressed, its game play became standardized to that of Minecraft today, however with far fewer features.

Players would play on a limited map with dimensions determined by the shape and size characteristics. Game play was dramatically different from Survival Test and paved the way for future game modes to come. Players now had to use tools and weapons, gather and prepare food differently, utilize crafting and smelting and be wary of the time of day. Like Survival Test however, players still had to save their map to a file on their computer and reload it if they died.

Indev's limited maps soon raised opportunity for a game changing idea. On February 23, 2010, Indev received its last update and work on Infdev started, a new mode that would use maps that would have no boundaries and would go on forever. Indev remained available on minecraft.net during Infdev's life and into Alpha mode. In September 2010, Indev, along with Infdev were removed from the site and cannot be played anymore. A few functions that Indev contained are no longer seen in Minecraft today, such as picking out map characteristics, having to save and reload maps and the isometric map viewer. These were replaced by biomes, automatic map saving, respawning upon death and a new infinite map viewer (which has been removed). 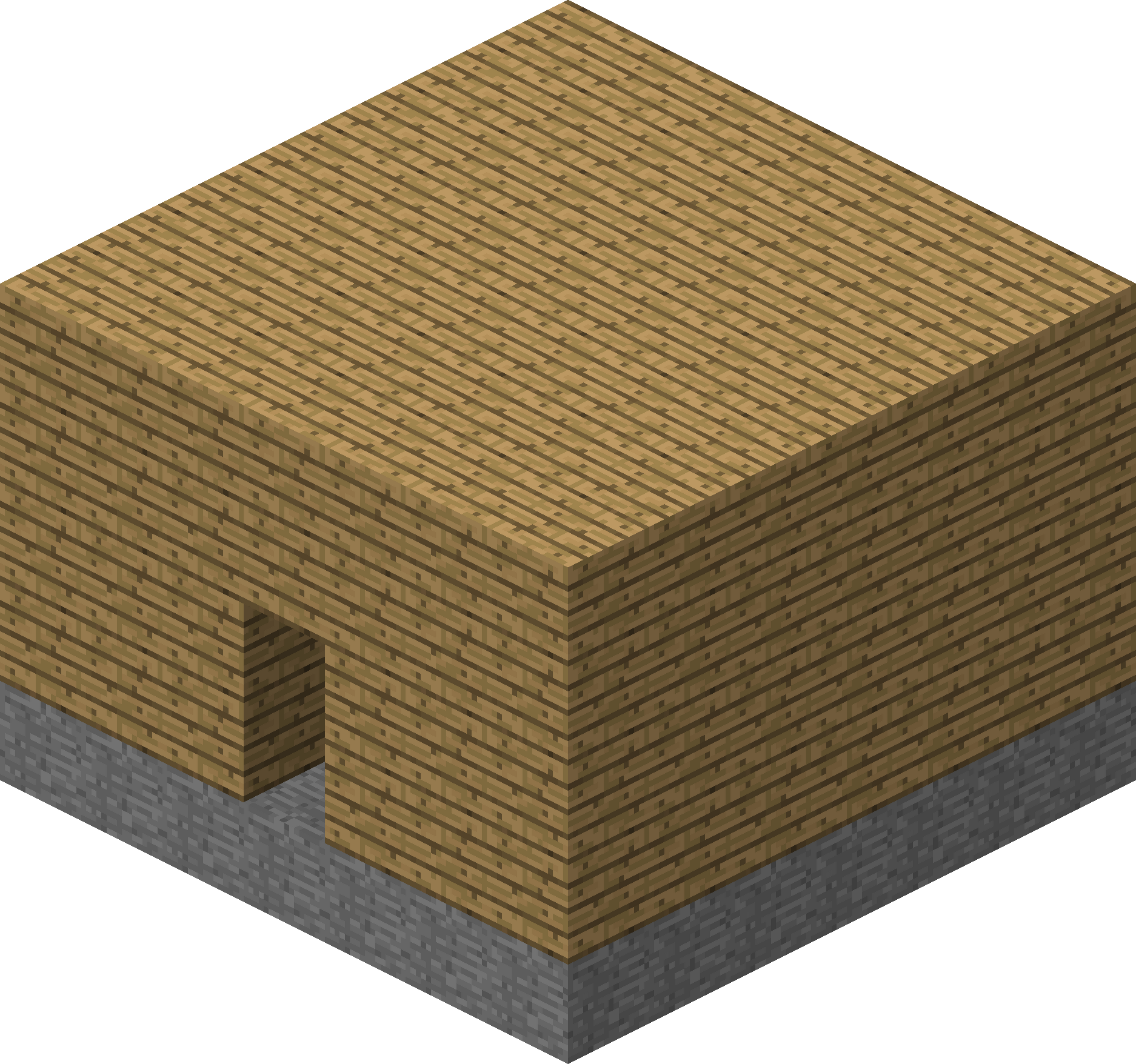 When Indev was started, players were greeted with the newly added title screen, and the options to create a map or load a previous map. When creating a map, players had to assign four characteristics to their maps, the type, the shape, the size, and the theme. The map would then be created and spawn them in an “Indev House". An Indev House was a 7 block wide × 7 block long × 4 block tall structure, with a 1×2 hole for players to exit and two torches on the interior. The House would be formed around the player's spawn point. An Indev House began made of moss stone (which was unavailable naturally on the map anywhere else) and chests filled with TNT, a full stack (99 at the time) of every type of block and every type of item. As Indev progressed from testing items and blocks to testing the actual survival aspect, these chests were removed. Later still, the design of the house was changed. The floor was made stone and the walls and roof were made of planks.

For a complete list of changes, see Indev version history.