Altitude is a measurement of vertical distance, or distance along the Y-axis.

Altitude is defined as "the height of anything above a given planetary reference plane, especially above sea level on earth."[1]

In Minecraft, altitude is commonly expressed as the number of block layers above the bottom of the game environment, which is layer zero (0). For instance, sea level is recognized as block layer 62, and clouds appear at layer 127.

The maximum height a player can possibly reach is Y=2,147,483,647, which is the largest value of a signed integer on a 32-bit system. Beyond this limit, the game may become unresponsive or even crash. The highest achievable height in Console Edition is y=511 due to an invisible wall. The highest altitude a player can teleport to is 19,999,999.99999999.

In contrast, any player who falls below the altitude of Y=-60 will receive 4 (

) damage every half second and eventually die, even in Creative mode. However, if a player is made invincible, they will continue to fall well beyond this limit, except in Pocket Edition where the player can spend lots of time below Y=0 without taking damage.

Features in the landscape of the Overworld are found at different altitudes, as shown in the graph below. There is also an interactive chart. 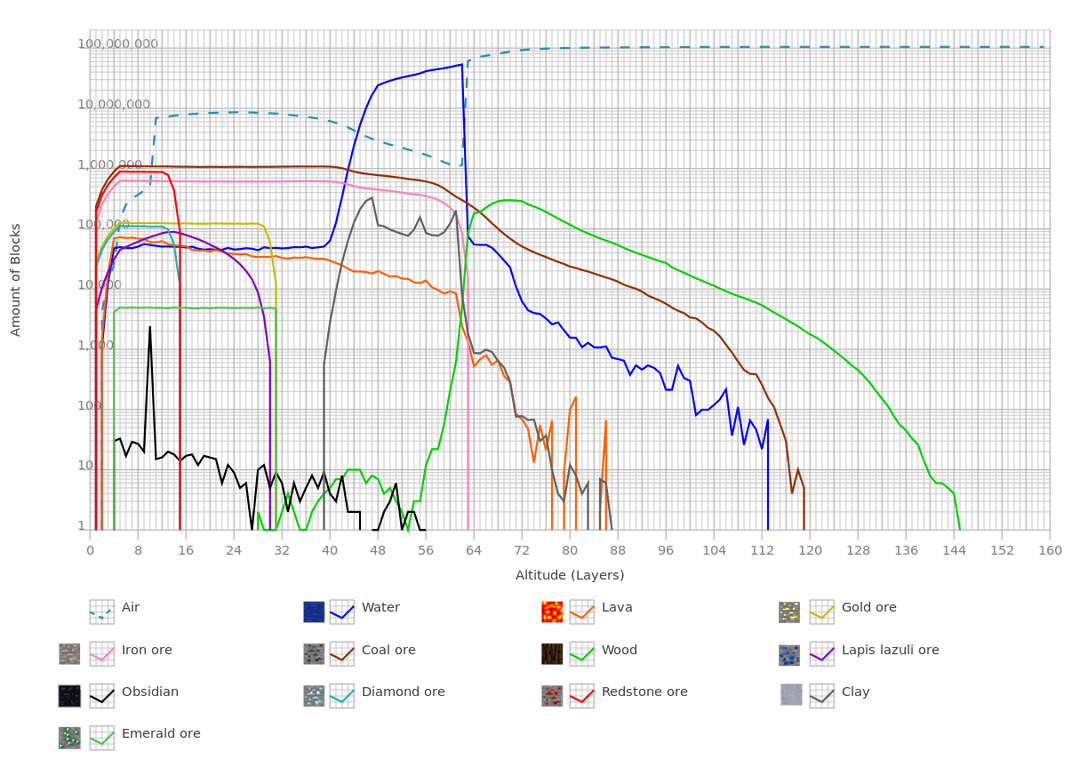 Note that these charts utilize the logarithmic scale, which means a slight difference in the Y-coordinate represents a large change in the relative frequency of a block type.

See the following table for a textual description of resources by altitude and tools needed to gather them.

Other naturally occurring features appear at different altitudes, but all of these features are random and will only appear in conjunction with another block and the proper environment.

A similar graph, showing the distribution of blocks unique to the Nether: 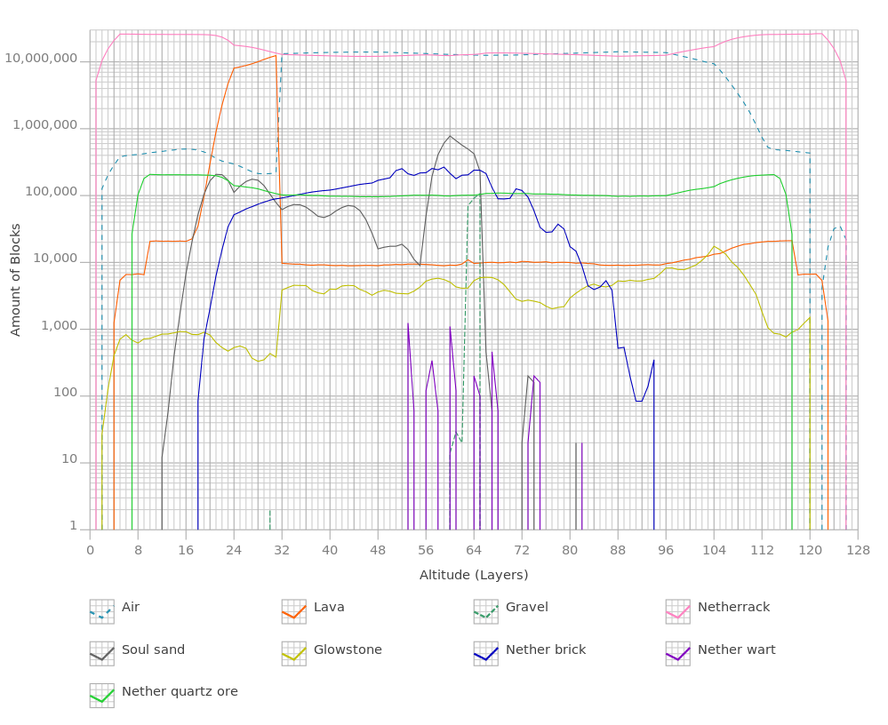 Issues relating to “Altitude” are maintained on the issue tracker. Report issues there.