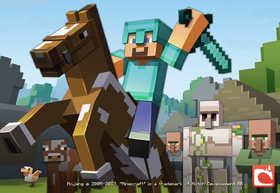 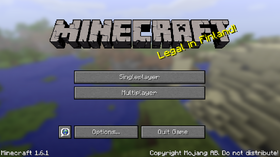 This article is about the java edition. For other editions, see Version history (disambiguation).

1.6.1,[2] the first release of the Horse Update, was a major update to Minecraft (Java Edition) released on July 1, 2013,[3] which added many new features including horses, leads, coal blocks, carpets, new commands, resource packs and a new launcher.

Changed the idea of mob difficulty