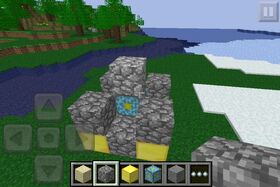 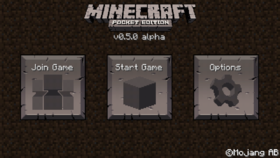 v0.5.0 alpha was a major update to Minecraft: Pocket Edition that was released to Google Play and the App Store on November 15, 2012 and on an unknown date to the Amazon Appstore.[1] It added notable features, such as melons, paintings, glowstone, the Nether reactor as well as other changes and fixes.

v0.5.0j alpha was released on an unknown release date.[2] This was possibly the last J-version of Pocket Edition.