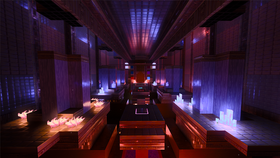 1.16.200 is an upcoming minor update to Bedrock Edition with no set release date, which will add some of the first features from the Caves & Cliffs update behind experiments toggle, new audio settings, ray-tracing features, changes to death messages and fix bugs.[1][2]