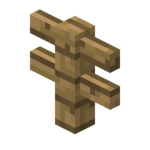 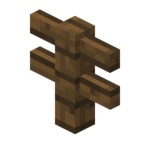 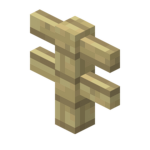 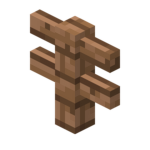 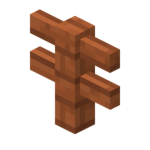 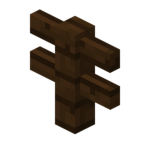 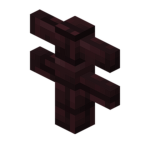 A fence's primary use is for enclosing an area. Functionally, the fence serves to keep mobs and players either inside or outside. A wide area can be made monster-resistant by enclosing it in fences and lighting the inside portion heavily. This stops any monsters from spawning within the fence, and stops most monsters which spawned outside the fence from coming in; the exception is spiders, which can climb over it. In addition, while skeletons are unable to cross a fence, they can shoot over it; also, if there is not a roof, Endermen can still teleport in.

Fences can also be used as railings, especially on the edges of balconies or floating platforms. Since fences cannot be jumped over, this keeps players and mobs from falling off while still allowing them to easily see past the fence.

Fences can replace glass for windows, as mobs cannot see through them. Unlike glass, fences can be moved around trivially, and are easily renewable.

Fences can also be used to fuel a furnace, although the player would have been better off burning the 3 wooden planks used to create each fence.

Also, keep in mind that wooden fences cannot attach themselves to nether brick fences, iron bars, cobblestone walls, etc. Aside from fence gates and other wooden fences, they will not attach to some blocks, such as stairs, single slabs, ice blocks (these are transparent), pumpkins, chests or anvils.

Fences can be made into a bridge by making a 3-5 wide set of Fences off of elevated land. Then, place railings on the side of the bridge by placing fences along the sides. Afterward, place pressure plates in the center 1-3 rows.

Fences can be used for an effective water elevator, with a 2x2 shaft have the water in front and the fence posts stacked behind. This also acts as a source of air underwater, as fences are not a full solid block.

Because fences are 1.5 blocks high, they can be used to create shallow stairs (the kind you can sprint up). They have the advantage that they are transparent, so when descending you won't be surprised by monsters hiding under the stairs.

When first implemented, the game prevented blocks from being placed above the fence but allowed the fence to be placed on a location when there is a block above it. This loophole was soon commonly exploited to allow fences to be stacked, mainly for aesthetic purposes.

The stacking process was done by creating a wall of blocks one layer shorter than the intended height of the fence and working down. Removing blocks from underneath the fence did not cause it to collapse like cacti and dveřes, so the lower layers of the wall could be replaced by fences easily, one-by-one. These rules were not applied underwater so they could be stacked just like any other block when submerged.

Before the official release of Minecraft, fence corners did not need to be complete in order to be sealed. A corner where two directions meet at a right angle could be created without the actual corner piece. This would create two separate fences which terminate next to each other without actually touching. While there is a visible gap, players and mobs will still be unable to pass through. This feature could be used to create lengths of diagonal fences, which will appear as nothing but posts, yet will still prevent anything from passing. However, in 1.0.0, the fence's collision box was fit around the fence itself (except for the 1.5 height), thus requiring the corner fence.